n  1: A dancing forest 2: A forest in which to dance 3: A cool place to drink beer in Northfield. 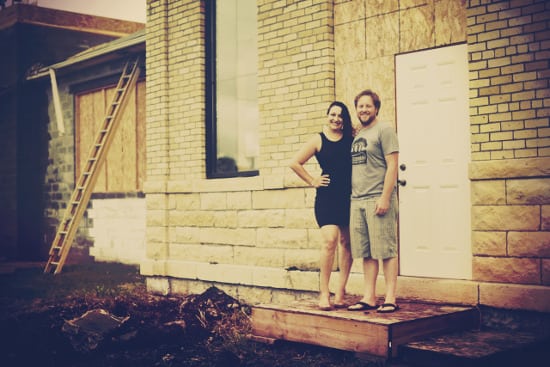 Have you ever heard of Big Trees Brewery? Most likely not because it began in Santa Cruz, California in 1894 and was quickly lost to prohibition by 1920. It was a small rustic brewery that provided its local California Gold Rush clientele with a beer born of German roots and American ingenuity, the “steam beer”, now a trademarked term by Anchor Brewing Company and modernly referred to as the California Common.

Fast forward about a century to a time when Tanzenwald’s Head Brewer, Stephen Pittman, was surfing, home-brewing and working as a Marine Biologist on the coast of California. This may sound like a romantic life, but he soon tired of a life at sea and began dreaming of starting his own brewery and reestablishing Big Trees Brewery.

Steve’s dedication to this dream convinced him to leave his former career and follow his passion of brewing by enrolling in the Masters of Brewing program at the University of California-Davis to study the biological minutiae of Zymurgy, the science of brewing beer.

From an internship right out of grad school, Lagunitas Brewing Company took a chance on Steve and hired him as a brewer in 2010, and from there his new career was established. He would then spend over 6 years with this craft-gone-global company brewing on an 80 and a 250-barrel brewing system, leading the filtration department and later managing a crew of rogue Brewmonsters. Lagunitas taught him to not take himself or beer styles too seriously and to always always always put quality first. It was also at Lagunitas where Steve would meet kindred spirit, Jenaveve Bell (soon-to-be Pittman), and they would fall madly in love over a pint of ale.

When Jenaveve and Steve first met they realized they had much in common. Not only did they share a love for all things nature, beer, and food, but they also both hailed from the small town of La Crosse, WI and went to college in the Twin Cities of Minnesota. Quickly they discovered that they both harbored the entrepreneurial spirit as well. Steve shared his dream of starting his own brewery and Jenaveve, being a young but seasoned restaurant veteran, admitted that she had always wanted to own her own restaurant. Would Big Trees Brewery finally be reborn?  Yes and No…

Steve and Jenaveve started taking business classes to find out what it would really take to open a brewery. While vetting the name Big Trees Brewery, they found that someone already held the right to that name. Bummer… The next step for them was to come up with a new name, something that was a little more focused on what they wanted to be. The new name Tanzenwald was cultivated from imagery of a “party in the woods”, still holding true to Big Trees’ theme of nature. Tanzenwald, being German in origin, also symbolized a great beer making tradition, while the description of a “dancing forest” provided an artistic and fun atmosphere that also represented Jenaveve’s life-long love of dance.

They started scouting locations in Santa Cruz, but all along their Midwestern roots were calling them home. Jenaveve made a chance phone call to an old friend in Northfield and found out that there was a cool old building available that would be perfect for a brewery. Jenaveve had spent a lot of time visiting her friend in Northfield, and already loved the community. On Steve’s first visit to town in December of 2015, he instantly felt at home. Northfield had the perfect combination of artistic expression, openness to new ideas, and a thirst for great beer that could foster their unique concept. They decided to make the jump.

Big Trees Brewery has now become Tanzenwald, not a thing of the past but a place of the future; not in the Redwoods of California, but amongst the 10,000 lakes of Minnesota.

We can’t wait to celebrate this journey with the people of Northfield and raise a pint with you.